In AISTER we’ve just delivered a new aluminium fast patrol boat for the Spanish Coast Guard. The boat will be utilised for numerous missions including surveillance, search and rescue and diving operations, improving the working conditions of the security force.

This new fast patrol boat, called S-37, has a length of 9.70 m, a beam of 3.45 m with hull and cabin built entirely in aluminium because this material offers several advantages such as lightness, stability, durability and structural resistance.

With the S-37 the divers of the Spanish Coast Guard will have a new aluminium fast patrol boat adapted to their working conditions since the unit used inflatable boats without cabin and that was not suitable for the daily services that they are making.

The fast patrol boat has been designed with close attention to ergonomics and working environment. The hull has a wide beam to give stability to the vessel and has been equipped with five watertight compartments. The cabin is three sided and has been developed to facilitate workflow coordination during the navigation.

The hull has been designed with special care in the forms to ensure that the glide of the boat become in the shortest time possible, without raising the bow excessively so that it doesn’t reduce visibility to the wheelhouse. On the other hand, our team has also paid particular attention to the finishes, for example, the boat vents.

The patrol boat S-37 has folding sides, an own design system that facilitates the access of divers to the water.

The cabin responds to our new design, and it’s designed to give 360 º degree visibility to the unit and equipped with panoramic roofs that facilitate boarding and approach manoeuvres to other vessels, ergonomic seats for two people and two additional crew, a steering console and tubular handles that guarantee perfect mobility around the fast patrol boat.

Another of its most notable features is that the design allows access to the bow by corridors located at both sides of the cabin, walk around.

In addition, the boat is specially equipped with all the necessary elements to ensure its operation: large stowage area, bottle rack on deck, a davit with lifting capacity of 250 kg, a 300 l bow locker for storing mooring, anchoring, rescue, firefighting and armament material and anti-puncture collar with non-floatable flotation reserve.

Propulsion comes from two Yamaha 200 HP outboard engines with two 750 litres fuel tanks. The S-37 can reach a maximum speed of 31 knots and a range of more than 300 nautical miles at cruising speeds.

After sea testing at Vigo’s bay, the fireboat behaviour is relayed faithfully and accurately, ensuring an undiluted sailing experience.

The weight calculation study and the hull form allow a quick transition from stop to planning, excellent stability, and exceptional behaviour during the navigation.

The cycling test closes in less than two lengths which mean maximum manoeuvrability in any operation and intervention.

In AISTER, we have been working for sea professionals for 30 years. During this time, we built professional aluminium boats for different State Security Bodies such as the Spanish Coast Guard or Spanish Navy. 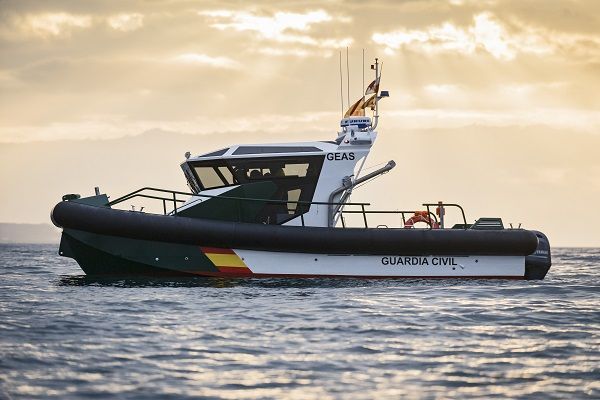 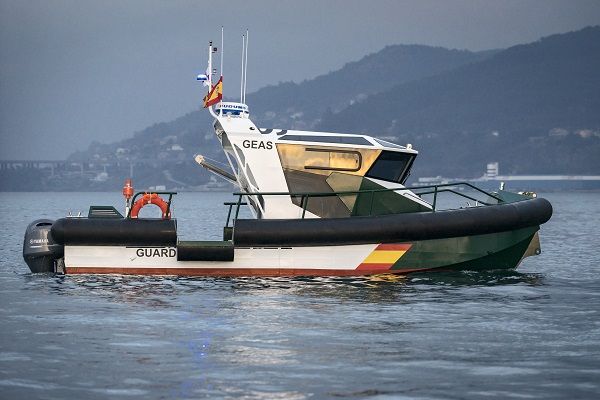 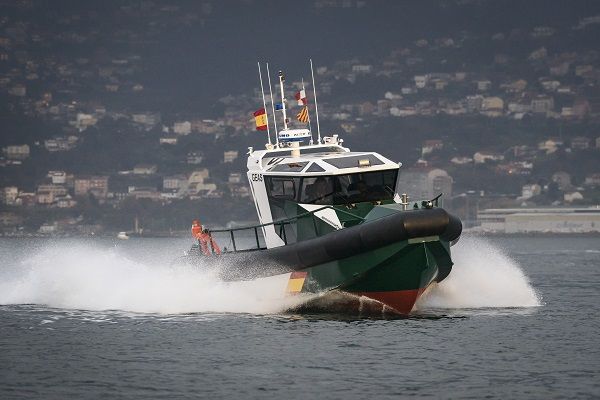 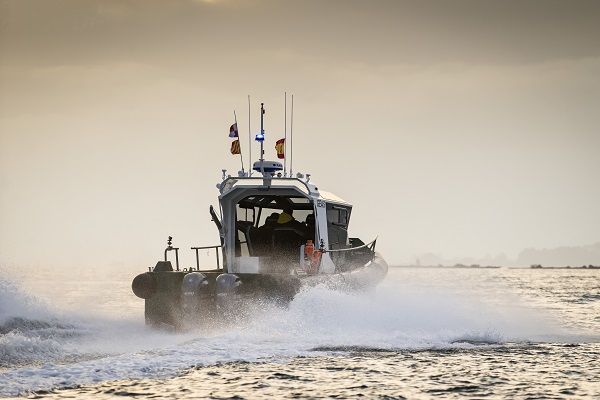 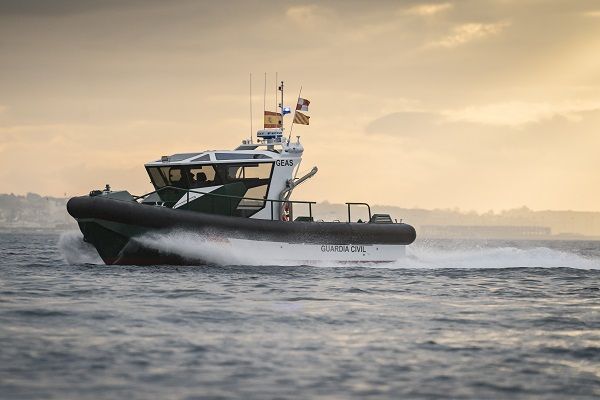 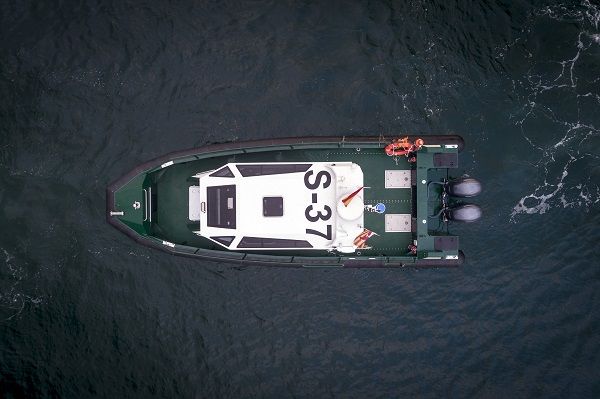 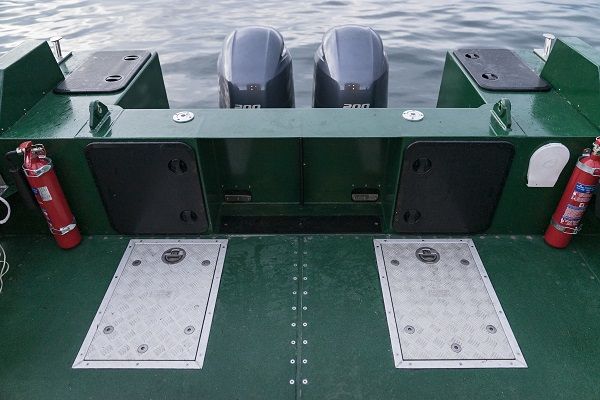 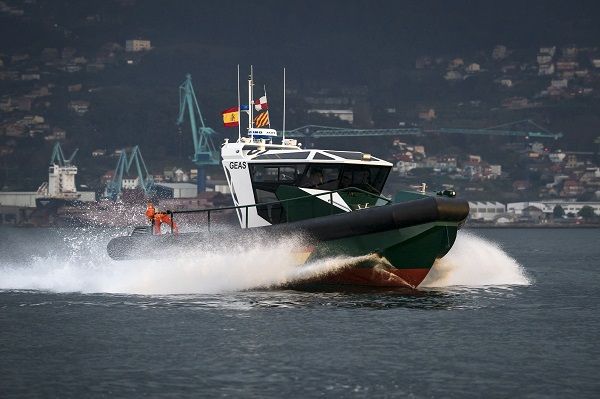 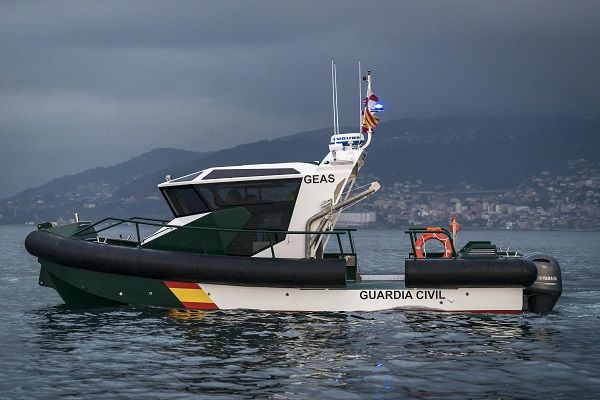 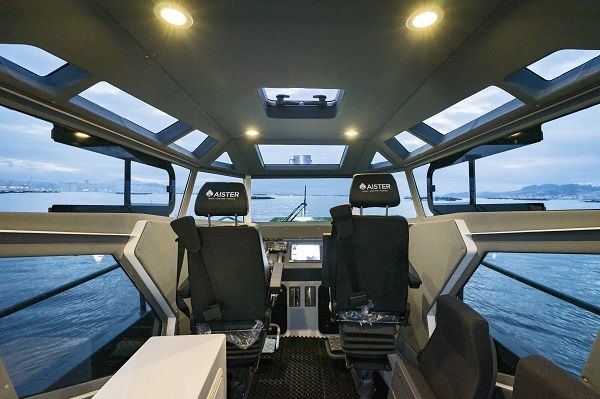 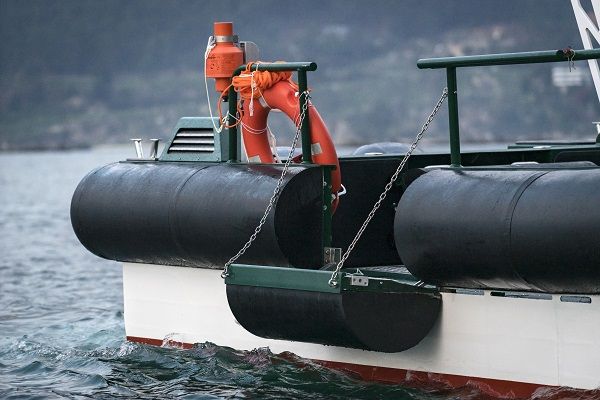 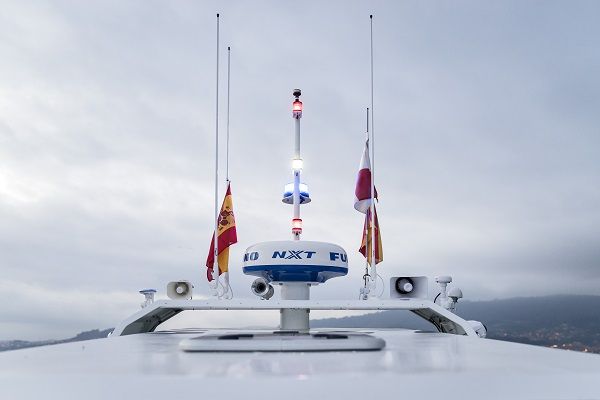 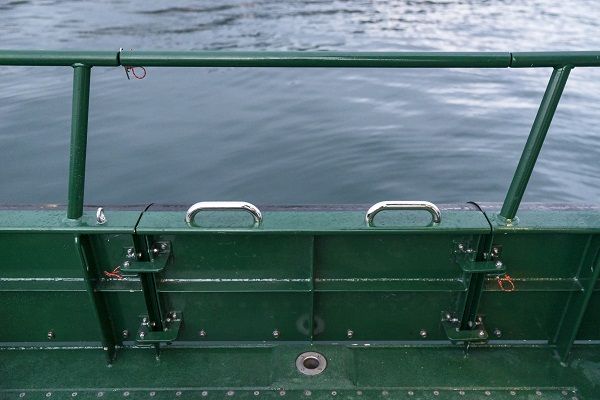 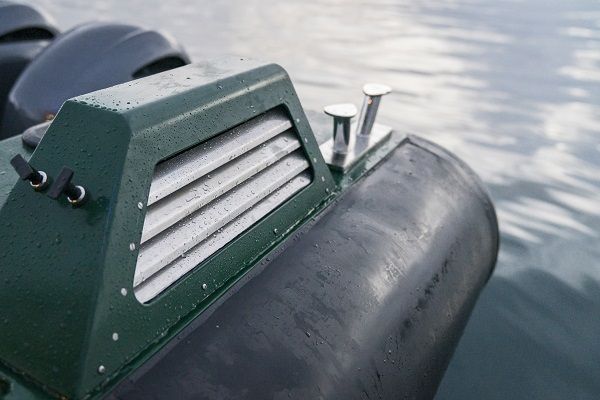 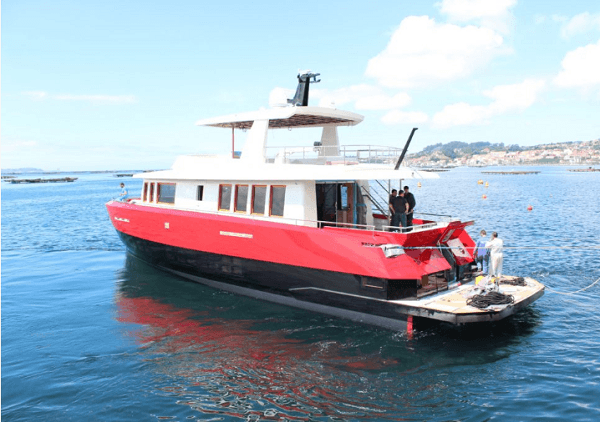 Aluminum hull and superstructure on the yacht RAFAGA for Atollvic Shipyard 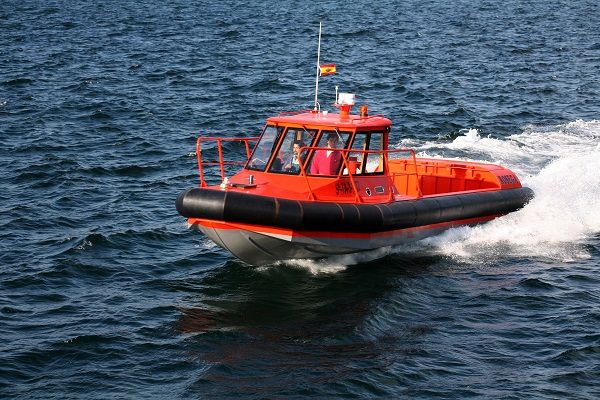 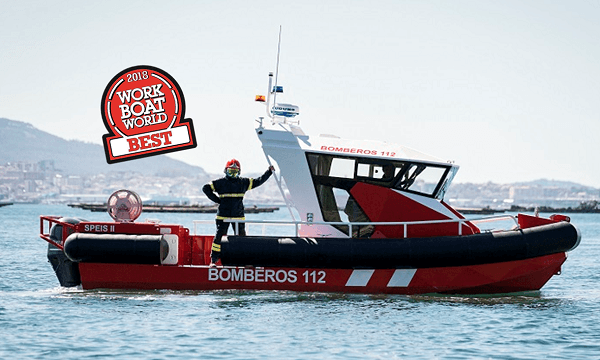